Private Walter Lee Acklen, Jr., of Archibald, was released from Stalag IV A in Germany on May 7th, at 7:30 p. m., by the Russians. He is now in a hospital In France, eagerly awaiting his return to the States, according to letters received by his parents. He says he was very thin when released, but is making rapid recovery, and is very happy. We, his parents, wish to thank friends and relatives for their interest In us and for the welfare of our son. .We appreciate every prayer and good wish offered for him and feel that we can never be too thankful to God for his goodness in restoring our son to the good old American army which Buddy says is the best in the world. We sincerely feel that his release was the result of the prayers of God’s people, which we hope will continue for the safety and welfare of all our boys in service. MRS. W. L. ACKLEN 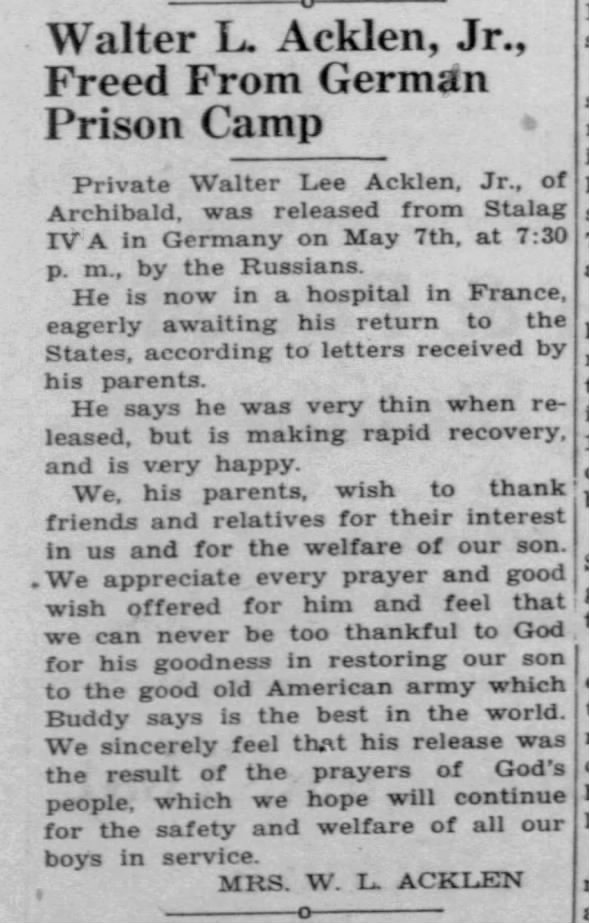