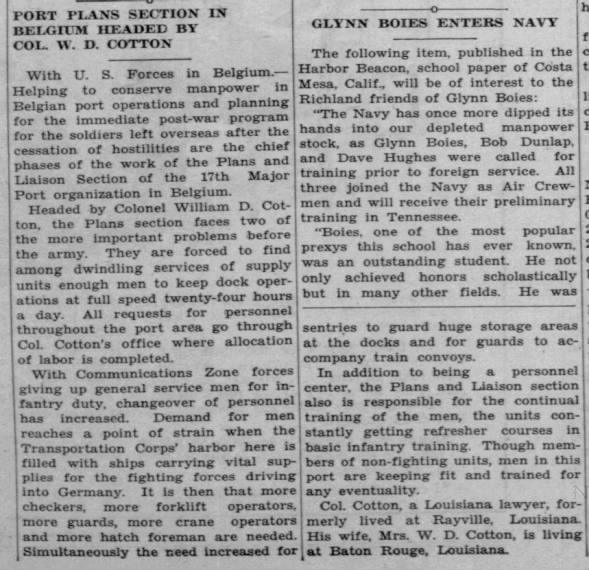 William Davis Cotton b. Feb. 9, 1904 d. Dec. 23, 1989, son of George Spencer Cotton and Elizabeth “Lizzie” Davis, graduated from Louisiana State University Law School in 1927, was a former Louisiana State Senator but resigned his seat to volunteer for World War II service, in which he was involved with planning the D-Day invasion (Lt. Colonel U.S. Army), was a lawyer in Rayville LA, past Louisiana Bar Association president, founding president of First National Bank in Rayville, and the author of a book tracing the roots of his family: “The Cottons of Catahoula and Related Families” 1987 (with Carole Cotton-Winn) ISBN: 0961846402, which has been recognized as a 1988 National History Award competition winner.