Lt. Jesse Stodghill Wins Bronze Star Medal for service on June 27th, 1944, Cherbourg, France. Lieut. Stodghill, accompanied by another officer and two men, skillfully and efficiently made a preliminary survey of the Petite Rade and other areas within the harbor, the citation accompanying the award reads. The survey proved to be of great value to the salvage party and Royal navy mine-sweepers when they arrived to commence operations. Overseas about a year, Stodghill entered the navy in 1942 after his graduation from Louisiana Polytechnic institute. A sister, Dorothy Lee Stodghill, is a WAVE recruiter and is now stationed in Alabama. A brother, First Lt. William E. “Billy” Stodghill, was killed in action on April 25, 1943, in a bombing mission over Sicily. Lt. Stodghill is the son of Mr. and Mrs. J. E. Stodghill, of Rayville. 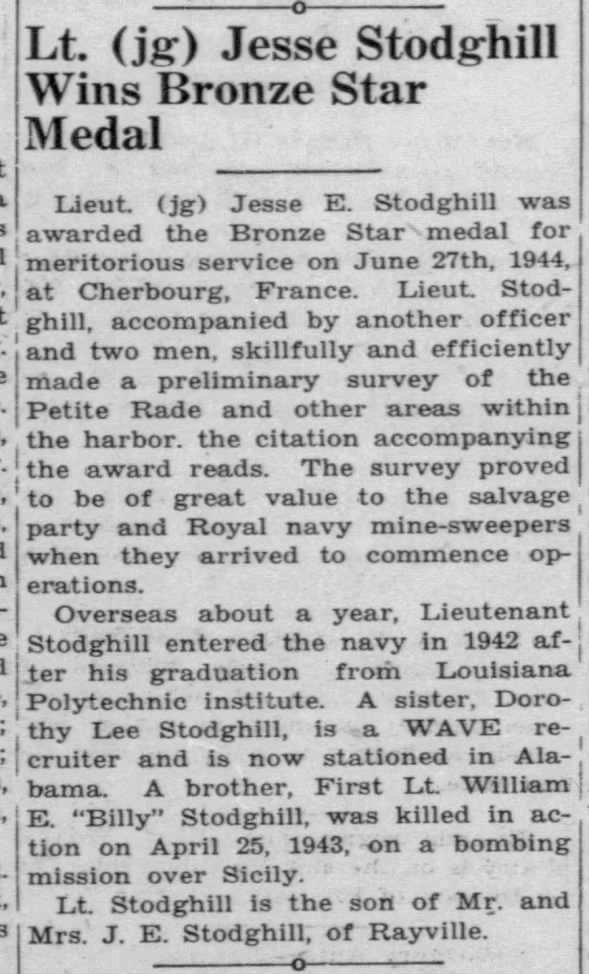